The Penguin bubble have been very creative! They decorated rocks for the school stone snake and then deisgned and made their own hats! Well done Penguins!

Nenyasha has made a lava lamp and a glitter lamp.

Top spellers for the week.

Lucie has been busy making and playing guitars, cooking treats for her dad, feeding the birds and redesigning her play house as a chill out space to name a few!

The Perfect Penguins bubble has a fantastic Sports Day yesterday! We ran as fast as we could with a toilet roll between our legs, threw a toilet roll like a shotput, had a potato and spoon race as well as running and jumping races! Well done Penguins!

Harrison has been working towards his Space Badge at Beavers. He has done lots of reading and schoolwork including this excellent maths work. 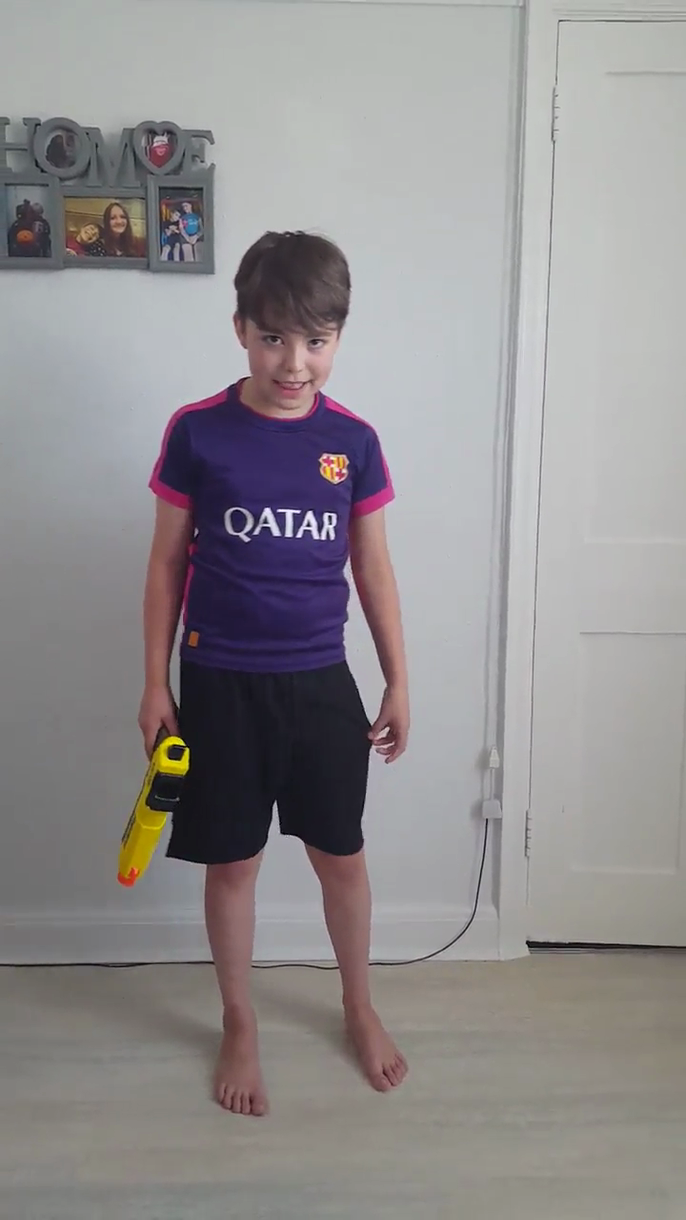 Sycamore class wrote some poems in their English work this week. Here is Connor performing the poem he wrote.

Cyrus added his stone to our snake on the way to football training!

Alfie, Cyrus, Henry and Zoe having at go at some DT projects

This weeks top spellers! Year one you are working so hard!!!

The Year 1 Bubble (the children have named 'The Perfect Penguins') had a fab first day back today. We settled back in with phonics, maths and writing as well as playing games, making and exercising. Well done Perfect Penguins!

Abi made some numicon biscuits to help with her maths and to eat! They do look great!

Sycamore Class did some reading challenges last week - here are some of the photos!

Ruby has been growing her strawberry for 3 weeks and she is holding some excellent science work.

Top Spellers of the week

Mollie has been getting creative this week.

Nevaeh has been super busy, she has earned 2 gymnastics awards, written some things that she is grateful for, worked on maths, done some gardening and has also created a fairy garden! Well done Nevaeh!

This is Freddie's super work about the Great Fire of London. He even used tea bags to make his new report look old, good idea Freddie!

Darsh has been learning about The Great Fire of London and also parts of flowers, fab work!

Charlie has written a news report and a diary about The Great Fire of London, super work Charlie!

Juliette has been enjoying the sunshine and exploring nature. It looks beautiful! 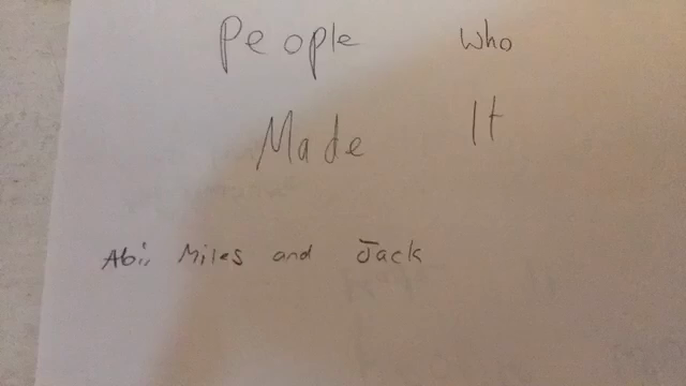 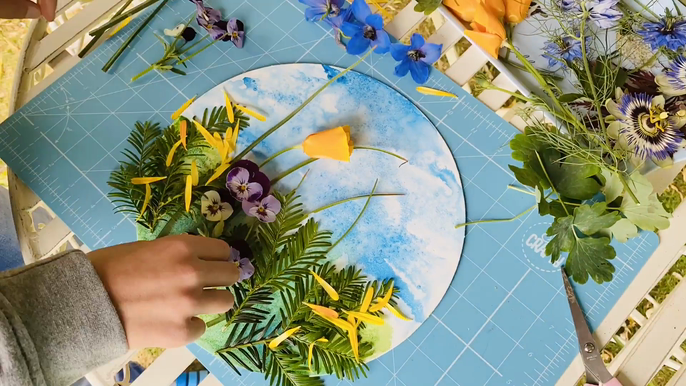 Zoe has been a busy bee!

Alannah has been getting creative

Connor has been creating some art masterpieces!

Cyrus went on a wildlife walk and put this information together. Watch out for the rare animal at the end!!

The best bit about baking bread is the eating! Well done boys

Charlie has been enjoying learning about our new topic, The Great Fire of London. Super writing Charlie!

Freddie has been busy with his spellings and has also made a fantastic rocket after watching the Space X launch. Well done Freddie, a great idea!

Max is so proud to be a VIP. Well done Max!

Connor and Marcus having a go at some DT activities

Some of Sycamore Class should have been on residential this week. Zoe and Cyrus did the 'camping' part at home this week!

Alannah, Zoe, George and Marcus have made a great to start to Sycarmore's topic on 'The Grand Canyon'

Ezra and Noah have found lots to do and enjoyed celebrating Ezra's birthday!

Rhys, Owen, Marcus and Daniel have learnt all about the butterfly life cycle.

Parker has been busy spelling and telling the time. He has also been going for walks with his brother Monty to find Pokemon and some baby chicks!

Charlie and Freddie have been finding lots to do to keep them busy!

Gabriella is growing some butterflies at home, at the moment they are caterpillars, how long will it take for them to become butterflies? Gabriella will keep us updated!

Juliette has been learning to ride her bike without stabilisers, wow!

Zoe busy being a scientist and an artist!

Cyrus keeping busy with his bike and relaxing with a book.

Connor with some of his Maths and English work.

Marcus and Owen have been experimenting with chocolate! See Mrs Davis's science page if you want a go!

Elliott's been inspired by our new topic the Geat Barrier Reef

A ‘Concert in Quarantine’ 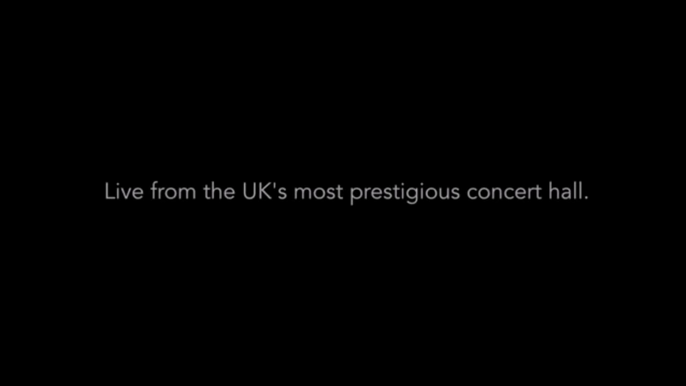 Elliott and the NMTC Youth Society recorded a ‘Concert in Quarantine’ for you all to enjoy from the comfort of your sofa.

Scouts virtual sleepover, with a homemade den in the living room. 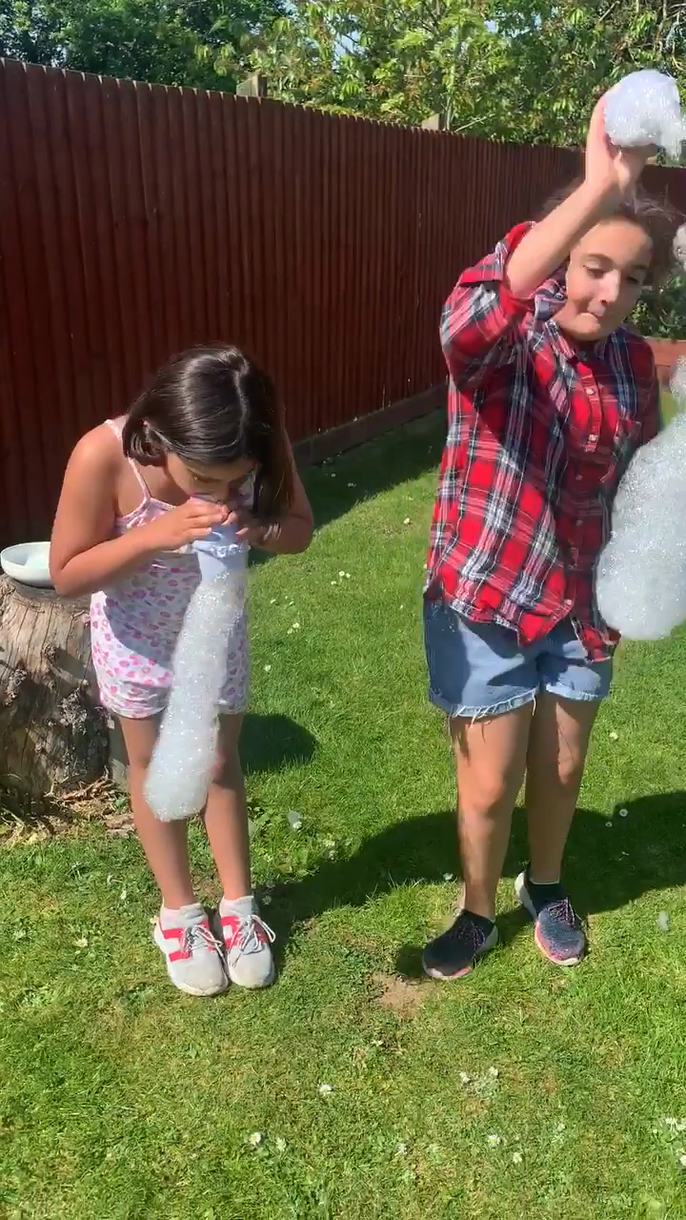 Olivia enjoyed celebrating VE Day with her family! She has also been working hard on her maths and writing tasks.

Rosebelle and Daniella had a great time celebrating VE day!

Leyli and Suri have been preparing for the celebrations.

Mollie is ready for VE Day!

Noah and Evelyn are getting ready for VE Day!

A very proud and happy Connor 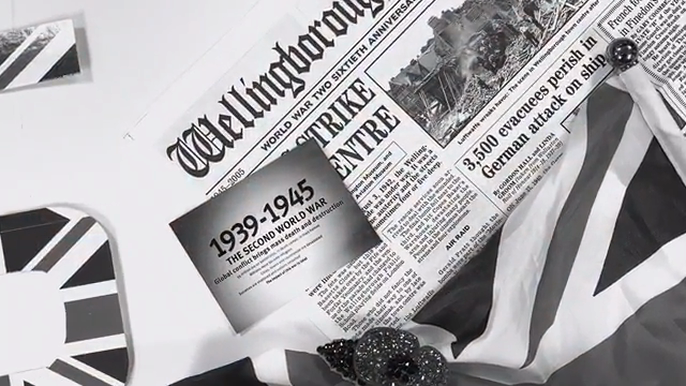 Rosebelle and Daniella have made some fantastic numicon biscuits and have been busy with other home learning too. 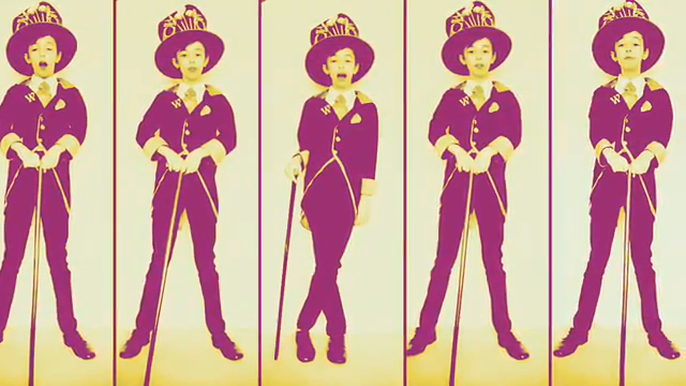 Elliott has been learning to make films. This is him singing, ‘This Is Me’ and a collection of pictures taken over the past 7 weeks.
I’m sure you’ll agree this is fantastic!

Bobby has been busy in the garden with his brother...

Looking the part!
Making a fabulous retreat for the birds.
Showing their appreciation!
Bob has a new greenhouse.
Construction by big brother.
Bob is learning some DIY skills.
Beds ready for planting.
Look after those veggies Bob!
Looking forward to those strawberries!

Marcus is working hard at Maths using a place value chart with Lego pieces to help with multiplying 2 digits by 1 digit. 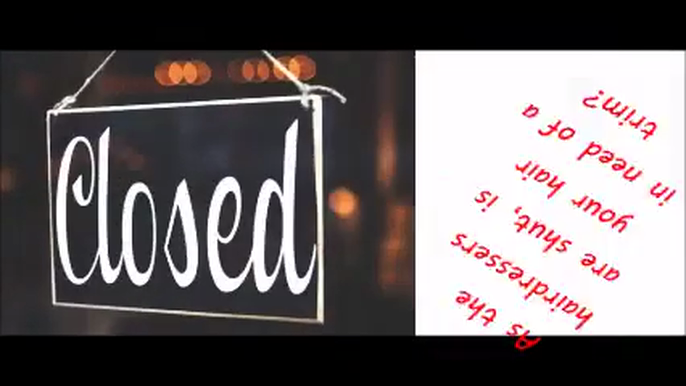 Look at all of the lovely activities that Nevaeh has been doing at home! She drew the owl and the peacock by herself and also wrote a letter to a person in a care home. Well done Nevaeh!

Olivia has been very busy with her topic work and has planted some veg seeds and a sunflower seed. Super work Olivia, well done!

Charlie has been working hard on his home learning, great job Charlie!

Jonson has some football training for you to try! 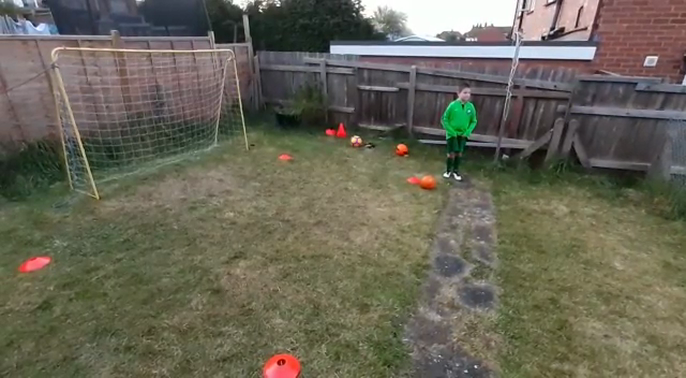 Jonson is working hard on his maths homework.
Fantastic drawing of a spitfire he saw last year.

Mollie has kept herself busy- the quiche looks delicious!

Cyrus has spent the rainy days painting his bedroom.

Rhys, Marcus, Owen and Daniel spent the night camping indoors. I wonder how much sleep they got?

Charlie and Ellie are really making the most of home learning!

Arij has been busy baking and relaxing with a book.

Look what fun Owen, Marcus, Rhys and Daniel are having keeping caterpillars!

Elliott recording for an audition.

Darsh has been working hard at Maths

Georgia's been working hard on her fractions

George has been really working hard at home. Look at all the different activities he has shared with us!

George designed a scavenger hunt for his brother
A lovely countryside walk!
Yummy flapjacks
﻿George showing his drumming video
Colouring in the sun
A long story!
A briliant shield made from egg boxes.
Lots of Easter fun.

Olivia has been working hard on her mapping skills and learning some Welsh!

Freddie has been concentrating hard and enjoying reading in the sun!

Some lovely WW2 work from Leyli, she's even been getting the family to enjoy Charanga Music!

Iona and Harris have been mapping out the village while keeping fit!

Brodi and Alicia have been really busy! Baking, lots of cycling and working out as well as crafts! Well done!

Lyla has been doing so many things at home, including making her own workout videos! Well done Lyla!

Rosebelle has been experimenting with making huge bubbles and has been working hard on her maths :-)

Georgia has been doing lots of writing and spelling and also chalked this beautiful rainbow for the NHS! Good work Georgia!

Darsh has been working hard on his home learning, especially on his reading and spelling, well done Darsh! He even made some chocolate chip cookies too, delicious!

Harrison has been very busy on a plant and flower hunt as well as looking closely at animals. Well done Harrison! He has even discovered a badger living in his garden!

Alannah has been getting creative with some Easter crafts and baking.

Rhys, Marcus, Owen and Daniel have done some fab activities over the last 2 weeks!

Elliott's NHS & Key Worker Rainbow- made up of all his photos from his Rainbow photography challenge.

Well done to our top 5 spellers....the top 10 children were very close in Scores let's see if you can make it to the top 5 next week. 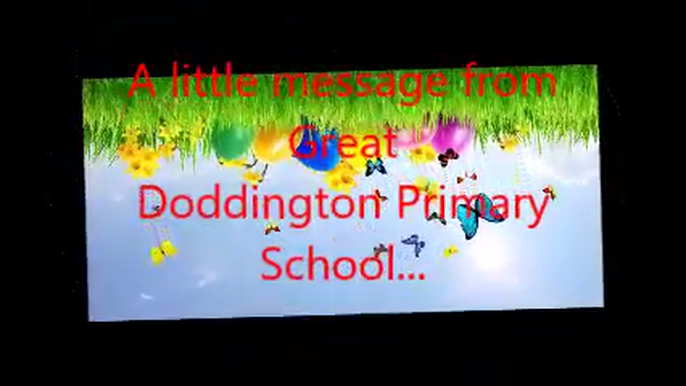 A busy week for Elliott, Acrylic Pour Art, Table Tennis and a rainbow of butterflies

Iona and Harris have been working hard including some baking.

Well done Olivia!
Looking lovely all of you!

Cyrus has been busy doing lots of great work!

Connor has been busy making bunting, doing some science and some maths!

Ezra and Noah have been very busy!

Leyli has been working hard and doing some wonderful baking

Gabriel and Juliette have been doing a science experiment with ice!

Nathan has been busy baking and painting a rainbow

Betsy has been writing to the Easter Bunny!

Zoe has been enjoying the lovely weather and creating some great art work.

The Calverts are enjoying home learning

School is open at the Calvert's house.
Fantastic maths idea to have a home tuck shop .
Learning about food chains.
Keep smiling!

The Ellwoods making the most of a daily exercise outside!

Alfie has had a morning learning about World War 2

What we have been up to

On Monday 22nd June we held a LEARN SOMETHING NEW EVENT in school.  The children came and showed off their talents and then taught two other adults/children.  The talents ranged from cartwheels and forward rolls to how many Jaffa cakes could we eat in 30 seconds.  I have attached some photos that were taken on the night so you can see which was the most popular!!

We all had a brilliant time and we raised £77 for WWF and a local charity the Rotary Club are also going to donate £100 so we now have £177 to share between the charities.

A huge thank you to all my committee members and for all who attended on the night.

Maths Curriculum Evening 2015: thank you to all who made this such a positive and well-attended event

The dancers who entertained the whole school
This term's award winner, Lauren

The children were invited to take part in a drawing and painting competition.  The competition waw set by The Johnsons Veterinary Clinic in Wellingborough to draw pictures of animals. Three children won prizes in the competition and we are proud of all the children who took part.

Listening to a chosen poet

WW1 'Lest We Forget' competition winners